Having marked our fifth academic year with the visit of British Consul-General, Brian Davidson CMG, earlier this month, we decided to gather the remaining members of our founding team so as to share their reflections on an extraordinary journey. 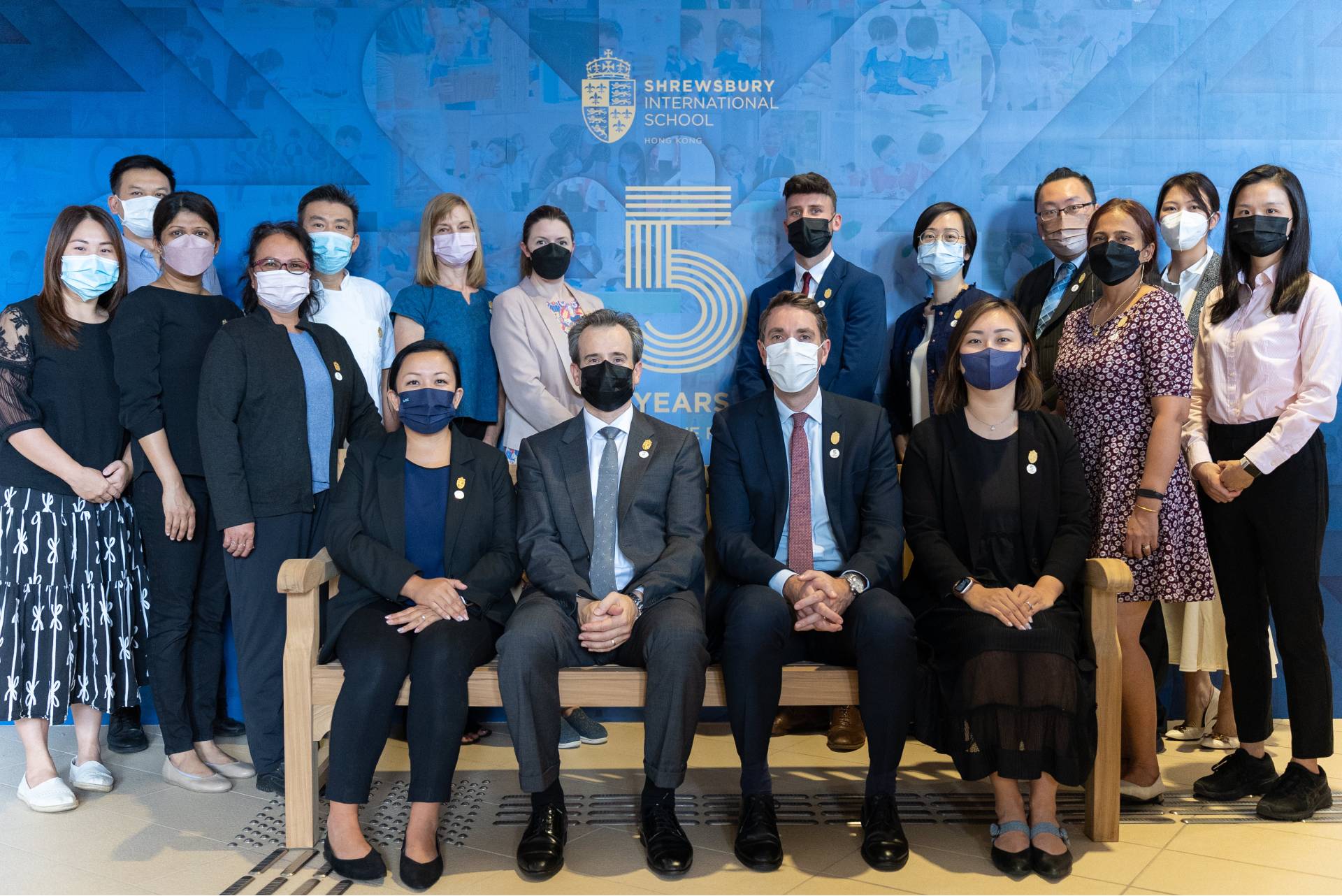 Founding Principal and first employee, Ben Keeling, joined Shrewsbury in January 2017 and is able to draw upon memories of first engagements with all other founding colleagues.

“Long meetings with our architectural team pepper my memories of pre-operation, but the most treasured moments derive from time spent alongside those we now refer to as the founding team - and how lucky we were to unearth such incredible talent in those early years. This school, in part, belongs to each and every one.”
Ben Keeling, Principal

Head of Chinese, Haze Kwok, joined the team a few months prior to our first school day.

“I remember meeting Ben at a pre-operational office in Central for my interview just a few months after the birth of my youngest daughter. Together we shaped an ambitious plan for Chinese language provision and I am enormously proud of all we have accomplished. Our programme develops confidence, fluency and an engrained appreciation for Chinese culture.”
Haze Kwok, Head of Chinese and Chinese Curriculum Coordinator for SIA

Head of Early Years, Aileen Doyle, was also there for 29th August 2018.

“I recall that first morning vividly. Students, parents, staff: we were all feeling a little unsure, but we established positive routines quickly and soon this enormous and unfamiliar campus became a home from home. Five years on and we are deeply proud of the incredible progress students continue to make here at Shrewsbury.”
Aileen Doyle, Head of Yearly Years

Librarian, Beth McNeilly, was able to give the establishment and growth of our extensive collection of books extreme personal attention and reflects with particular fondness upon the many author visits she has coordinated.

“I count every year as a chapter in our journey - and our story is one of ambition, unity and unrivalled success.”
Beth McNeilly, Librarian

The arrival of our fifth year has been marked with the positioning of a commemorative bench on the ground floor. It has already proven popular with students and parents alike.

"It was an honour to mark this special milestone with the Shrewsbury team and wonderful to see this icon of British education flourishing here in Hong Kong."
Brian Davidson CMG, British Consul General